Sony updated its Visual Story mobile app to now support video. The app was designed for wedding and event photographers, but has extensive functionality to help creators of hybrid content.

The Visual Story app was originally launched in December 2020 as a cloud storage service for wedding and event photographers that would allow them to deliver story galleries to clients immediately after an event ends. Sony says the app simplifies the process of delivering photos and videos to customers by using the help of artificial intelligence for faster and easier selection and delivery of images. 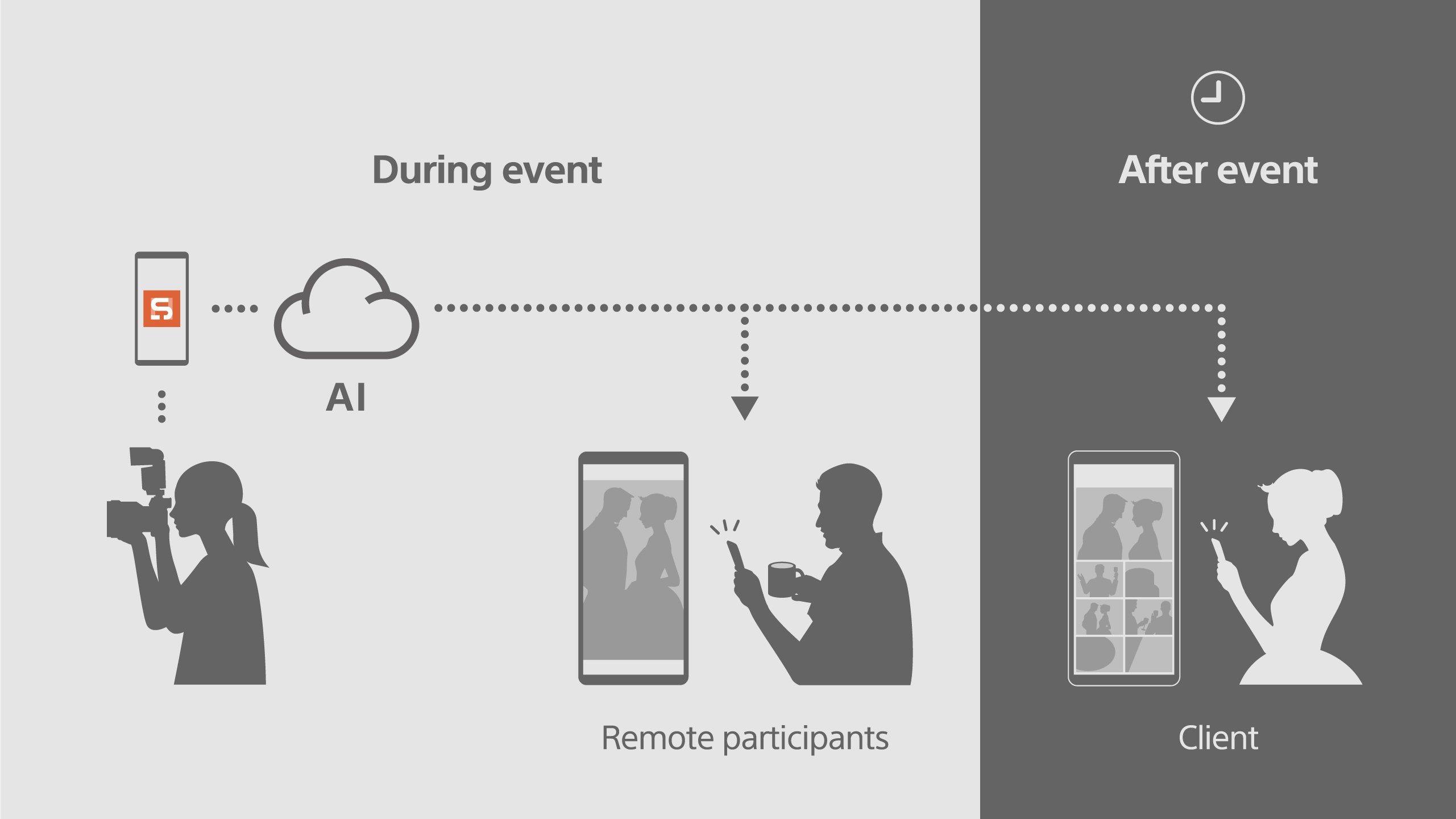 Visual Story version 2.0 adds support for videos, which can now be added to a story gallery and shared with clients with photos. After the video files are transferred to the app, users can also easily edit the video in the Visual Story app by manually cutting unnecessary parts from each video file that has been uploaded. This new feature is compatible with Alpha 7S III, Alpha 1 and FX3 camera models.

In addition to video support, Visual Story 2.0 also allows users to select and import photos via SD card reader and USB storage. Photographers can connect these storage devices directly to a camera in mass storage mode with a USB cable or with an Apple SD card reader connected to an Apple device, then select and import them into the Visual Story app.

The app can now also automatically reconnect to a user’s smartphone and camera if the connection has been dropped and Sony reports that the number of items that can be copied from smartphone to camera via Bluetooth has been increase.